Eric Rieger
CEO / Visionary
Posted 2 months ago
Excited to be part of the community. I'm in the Chicago suburbs and we've been running on EOS for over a year now.

I just registered for the 2023 Conference. I'm happy to be a resource for anything visionary, sales, or IT/Security. Certainly have a lot more to learn but happy to share the good/bad/ugly of my journey.
5 comments

Liked by Angie Dianetti and 2 others

Angie Dianetti
2 months ago
Welcome Eric! I hope you get as much out of the EOS system as I have. We've been running on it for 8 years and it has been a game changer.
1

Which of the six components (Data, Vision, Traction, Issues, People, and Process) is your company the best at and why?
2 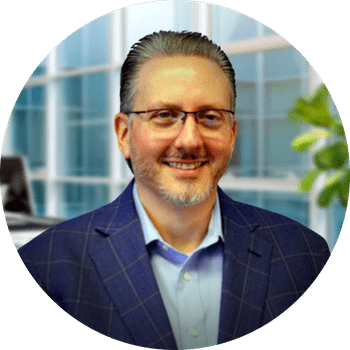 Eric Rieger
2 months ago
Travis Richards I'd say we're best at Issues. We've been very intentional about being open and honest which has helped people be comfortable bringing the things we need to solve into our L10 meetings. We also are very intentional about making sure that we're attacking problems, not people and it's working out well.
2

Travis Richards
2 months ago
Eric Rieger that's awesome. Big point of emphasis for us is raising the issues. Any big tips for creating that safe environment? A lot of my team is relatively green and many people don't come from a place where hard conversations are welcome.
0

Eric Rieger
2 months ago
Travis Richards repetition and as a leader being vulnerable (not weak, there's a difference). Also, I was upfront with everyone that in order for the process to work, we have to be willing to follow it. IDS in its purest form means that everyone can have an opportunity to speak up but no politicking, no attacking individuals, and one time around the room. In the end, it's the Integrator's job to make the final decision because you rarely have consensus once you have several members on the team. Once people see that you as the visionary are following that process and being open about it, then it starts to take hold if you have the right people.
2